It will have to be another one of those special European nights at Anfield. A very special night, really, given the unique circumstances of the return. ‘This is Anfield’ says the sign. But it isn’t at the moment, shorn of its sound and fury.

So, two goals down against one of the most experienced teams in Europe, can Liverpool do it without The Kop, without that famous roar, without the inspiration of supporters who legend has it suck the ball towards an opponents’ goal? Can they do it in an echoing empty arena, against a Real Madrid team that has passed this way so many times before, without flinching?

This was a huge win for Zinedine Zidane and his players, given the absence of centre-halves Sergio Ramos and Raphael Varane. Ramos sat in the stand, casually attired, looking like a west coast computer programmer, Varane was at home, isolating with covid. 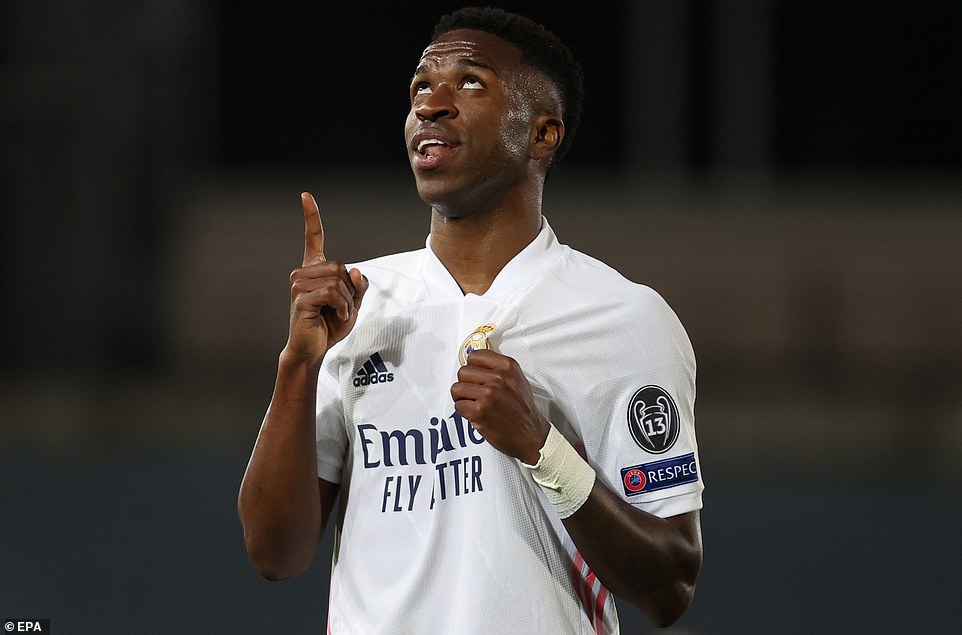 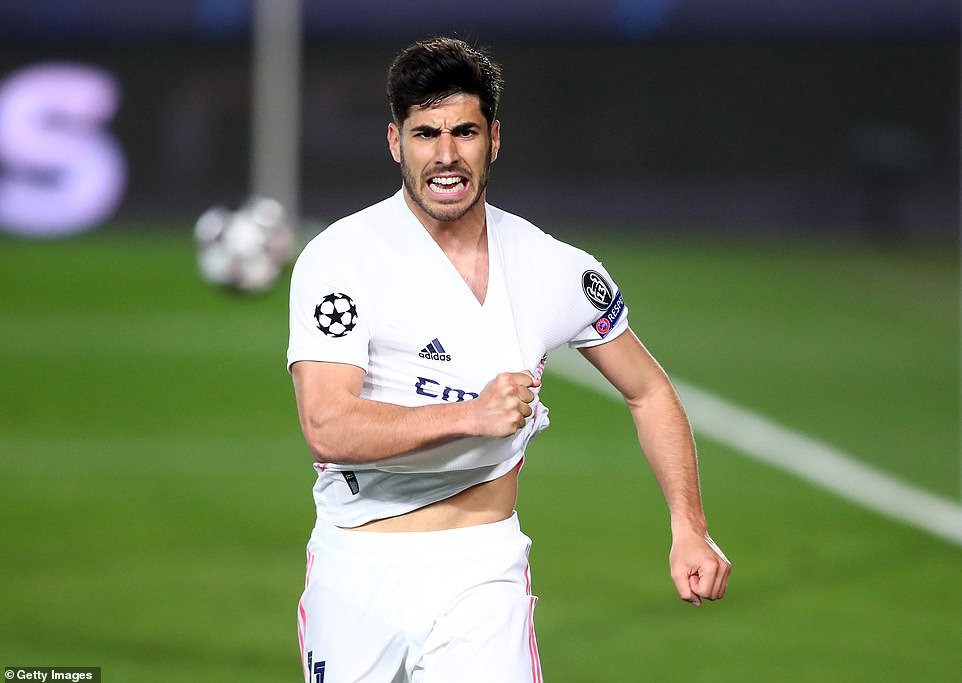 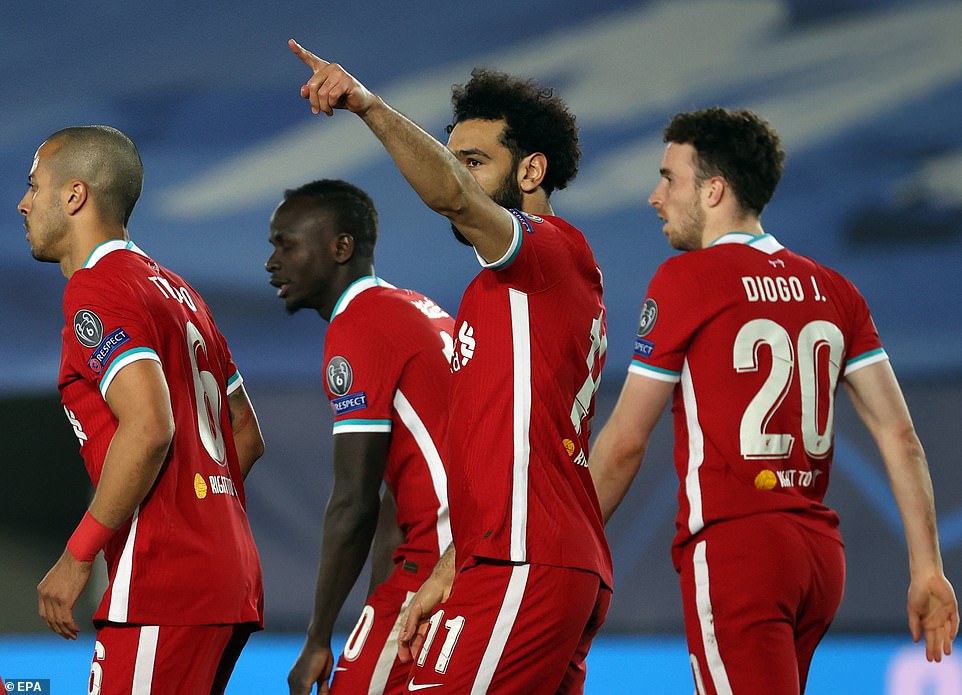 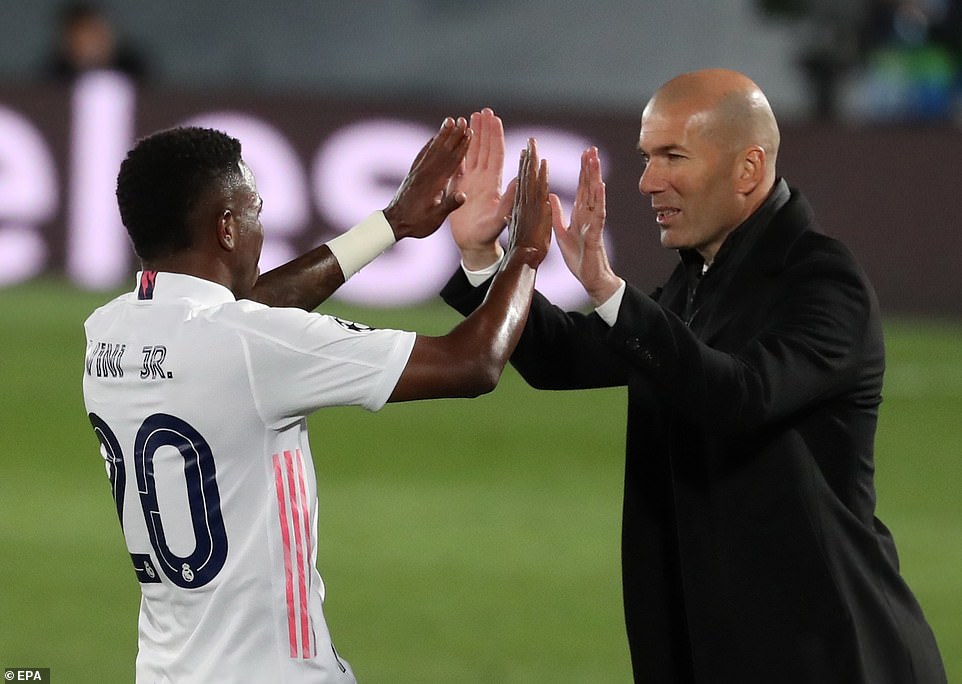 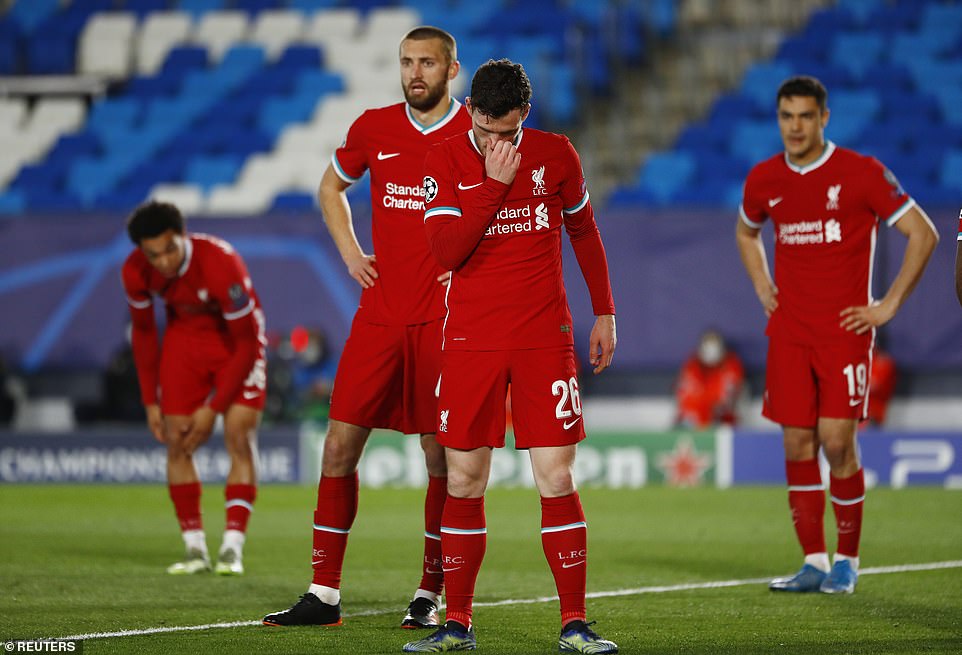 A hastily reshuffled back four – Madrid have been playing five – was considered ripe for exploitation by Liverpool’s front three. Instead, they held firm. Eder Militao has made little impression since his £45m transfer from Porto in 2019, but he was exceptional here.

By contrast, a Liverpool back line that had begun to look settled after the season’s injury crises, fell apart. In the first-half, in particular, they were desperately poor and, when Mohamed Salah had got them back into the tie with his 27th goal of the season, conceding a soft third left them with a hill to climb.

Not a mountain. A 2-0 win in next Wednesday’s return would do it. But Madrid will fancy their chances of an away goal, too, and if Liverpool concede they will need three on the night just to force extra-time.

They put four past Barcelona two years ago, of course, but the recent records of the Spanish giants in Europe show a marked difference in temperament under pressure. Madrid have lifted four Champions League trophies in the time Barcelona have one.

And Liverpool have experience, too. Between them, these clubs share 19 Champions League and European Cup victories, although that statistic flatters Liverpool. More than two-thirds – 13 – belong to Madrid. Given a two goal first-leg lead, and an empty Anfield, they have personnel who will not be fazed by mere circumstance.

Just as they were not fazed when Liverpool got an away goal here. Jurgen Klopp’s team were utterly outplayed for the first 45 minutes and went in two goals down, but re-emerged energised and enjoyed their brightest spell of the game. Whatever Klopp said behind closed doors worked.

Lucas Vazquez was booked for a foul on Diogo Jota and for the first time the Spaniards were under pressure. Then Liverpool scored. Georginio Wijnaldum fed a pass into Jota whose shot was blocked but fell to Salah, who finished sharply.

A lesser team might have buckled. In that moment, a comeback looked possible. A draw, maybe even a win. But Madrid’s experience showed. They can play possession football, they stay calm, they strike on the counter-attack and they are lethal given a sniff of a chance. And Liverpool were in the business of giving up huge, nostril-flared sniffs.

So it was that in the 65th minute, a Vazquez throw to Karim Benzema found Luka Modric on the edge of the penalty area to the right. It was the simplest square pass and the sloppiest marking, Nathaniel Phillips affording Vinicius Junior far too much room. 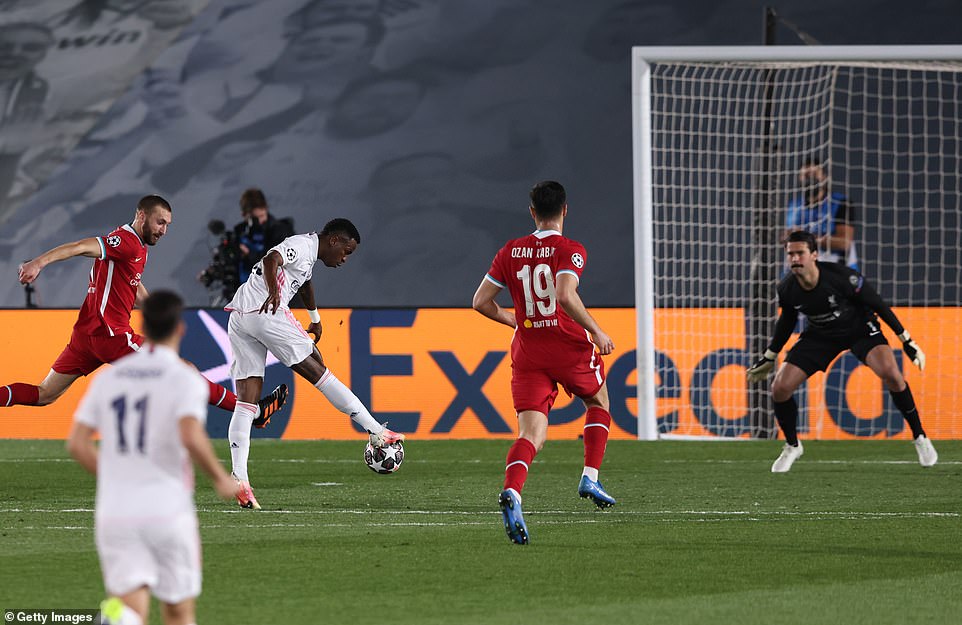 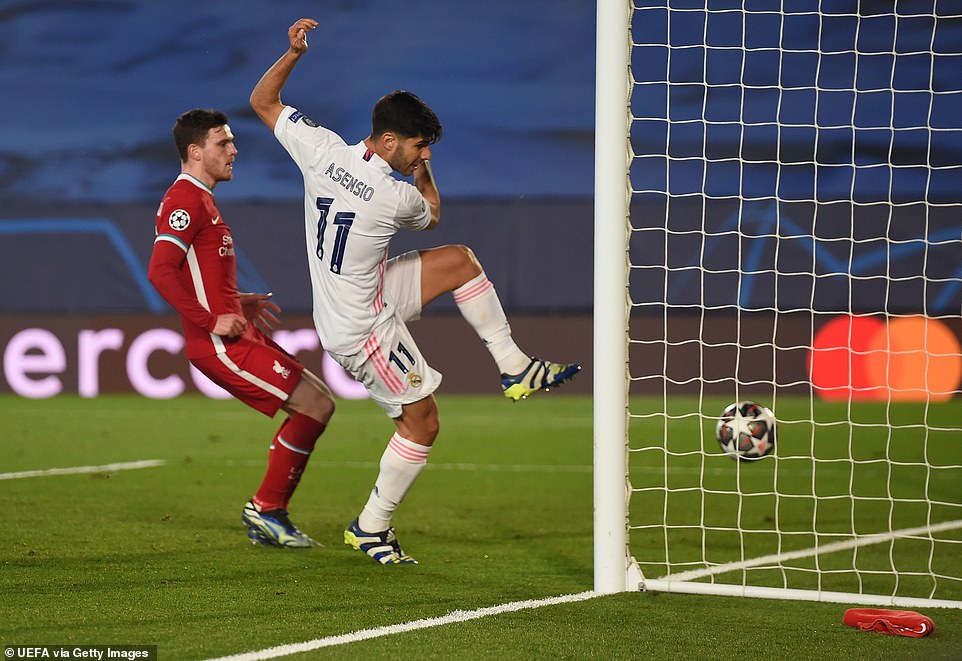 The Brazilian – Madrid’s youngest goalscorer in the knockout stage of this competition since Raul in 1996, and Tuesday night’s man of the match – sized up the space, the goal and the gap between Phillips’ outstretched legs and put the ball smartly into the corner of the net. It was the riposte of a team that is not easily shaken.

A good team, too. The first-half was shocking. Not just in terms of Liverpool’s performance, but shocking to those who thought a corner had been turned after the Leipzig wins. Who imagined Liverpool could revert to playing this poorly? In 45 minutes, Liverpool created no chances, they gave the ball away with depressing regularity, and the defence was a shambles.

Those who had gone into battle for Trent Alexander-Arnold over his international omission were also left red-faced. If Gareth Southgate wished to make his case, he only needed to rerun this half. Alexander-Arnold looked every bit number four in a field of four – maybe even fifth of five if Aaron Wan-Bissaka was a contender.

Madrid went two goals clear and it could have been more; from first to last they were the better team and Klopp was forced to make an initial change after just 43 minutes. It was as if they had never ventured this far in the tournament before. What happened to the Premier League’s European specialists? 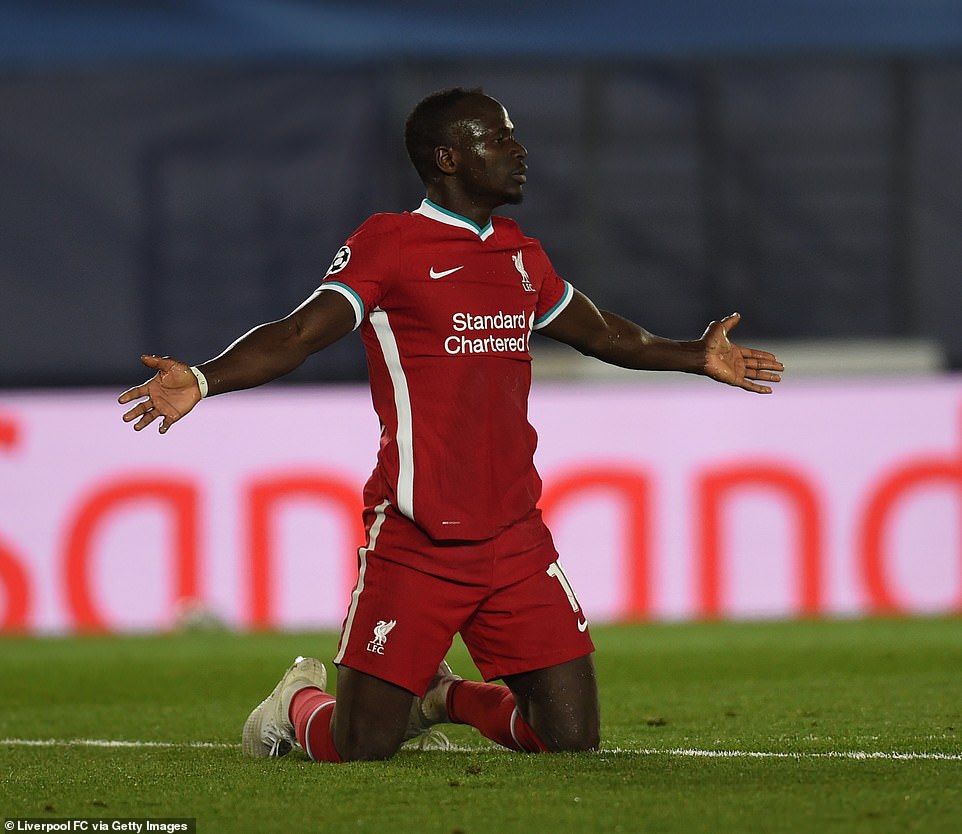 Liverpool, however, were incensed that Sadio Mane had not won a free-kick from Lucas Vazquez seconds before the goal 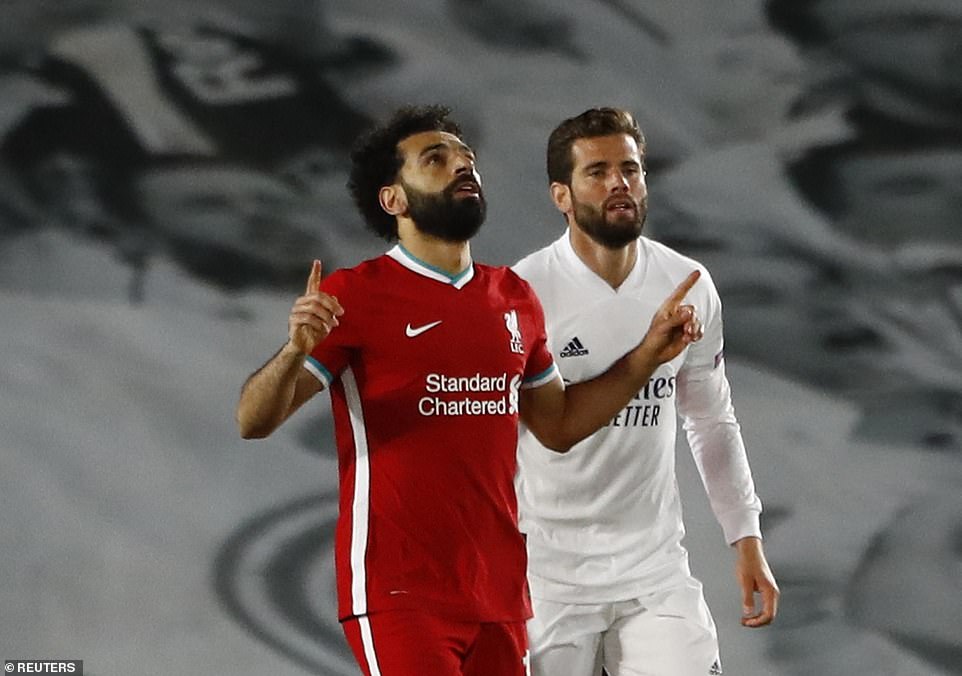 They were caught out by long balls, by short passing, by quick running, by counter-attacks, by crosses. The back four played as if introduced in the car park 30 minutes before kick-off. And, yes, this is Real Madrid. This competition is familiar territory.

Yet Liverpool were fancied after such a competent display previously. That Klopp was shuffling midfielders before half-time showed his displeasure with Liverpool in possession, too. He had selected Naby Keita ahead of Thiago Alcantara but was forced to reverse that decision. To be fair, at that stage, he could have changed half the team.

From the second minute Madrid were on the front foot. Benzema – the man who truly picked up the slack when Cristiano Ronaldo left – tried a shot that was comfortably saved by Alisson. The next chance, after 13 minutes, was the shape of things to come.

Ferland Mendy sped down the left flank and left Alexander-Arnold trailing. He crossed for Vinicius Junior who steered a header just wide with Alisson scrambling. It was the beginning of a torrid half for Liverpool’s right-back. 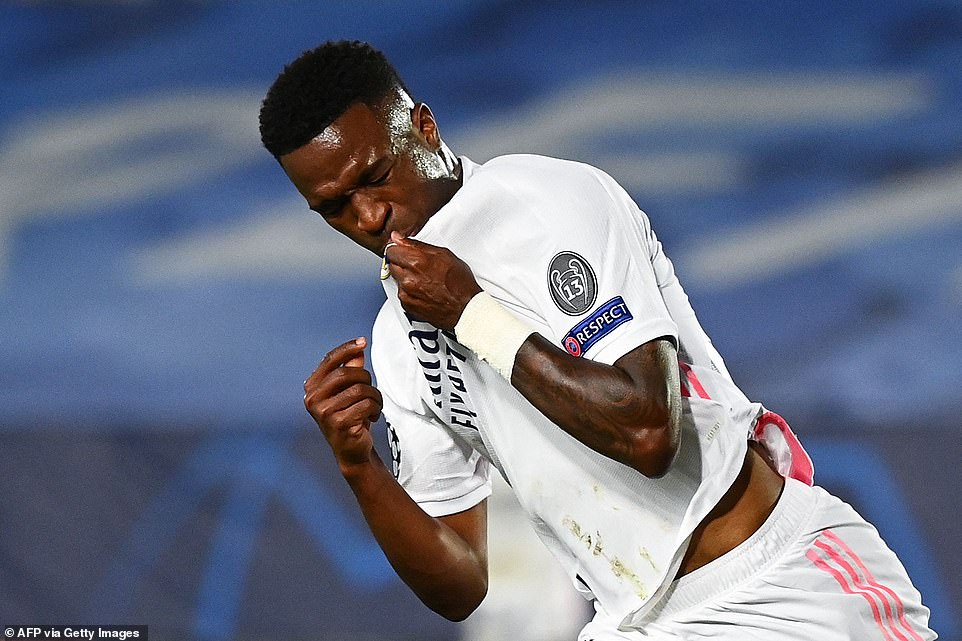 But the night ultimately belonged to Vinicius, who managed to sweep Luka Modric’s ball across the box past Alisson 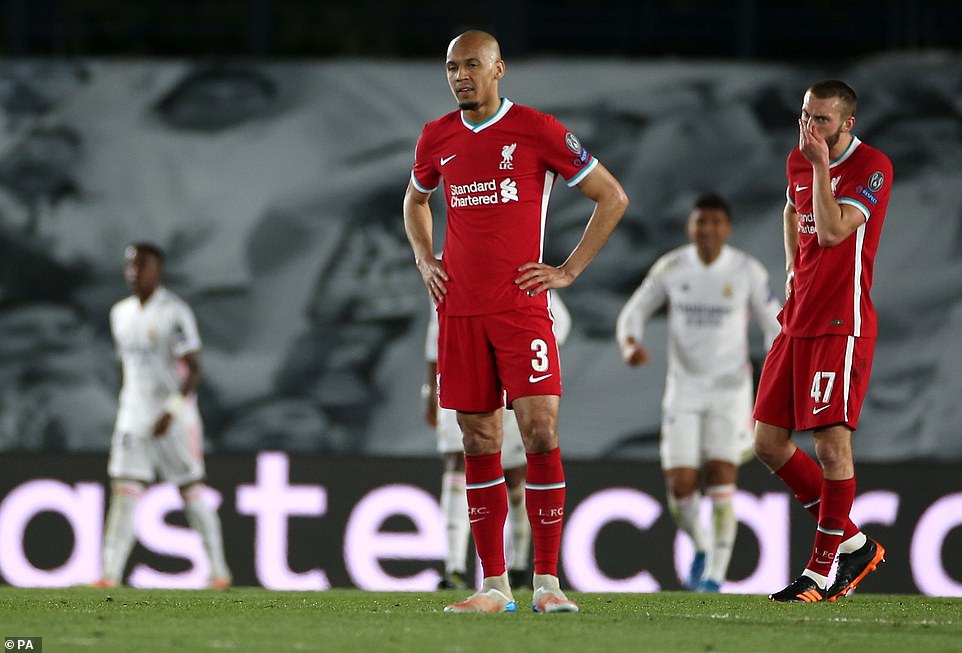 Rattled, he gave the ball away after 25 minutes, allowing Benzema to break, put off at the vital moment by a challenge from Ozan Kabak. It was a rare moment of strong, quality defending. Within two minutes, Madrid went ahead. Toni Kroos received the ball from Eder Militao and played a long ball forward. It was a good ball, but needed work.

Vinicius Junior turned it into something great. He killed it on his chest and with one touch took an overwhelmed Phillips out of the game. A low shot past Alisson did the rest. It was route one, in its way, but of the very highest quality.

Worse was to come. In the 36th minute, another Kroos ball over the top brought inexplicable panic and Alexander-Arnold made an ambitious attempt to head it back towards Alisson. It fell short, and was read perfectly by Marco Asensio, who nipped in, clipped it around the goalkeeper and then tapped it into an empty net. Liverpool were in disarray.

Sadio Mane was booked for arguing that Madrid’s move started with a foul on him by Vazquez. Referee Felix Brych was having none of it, and neither was Marco Fritz, the VAR. That looked about right. A coming together, no more. Even a full house at Anfield wouldn’t have influenced the call. Not that Liverpool can rely on one of those next week, either. 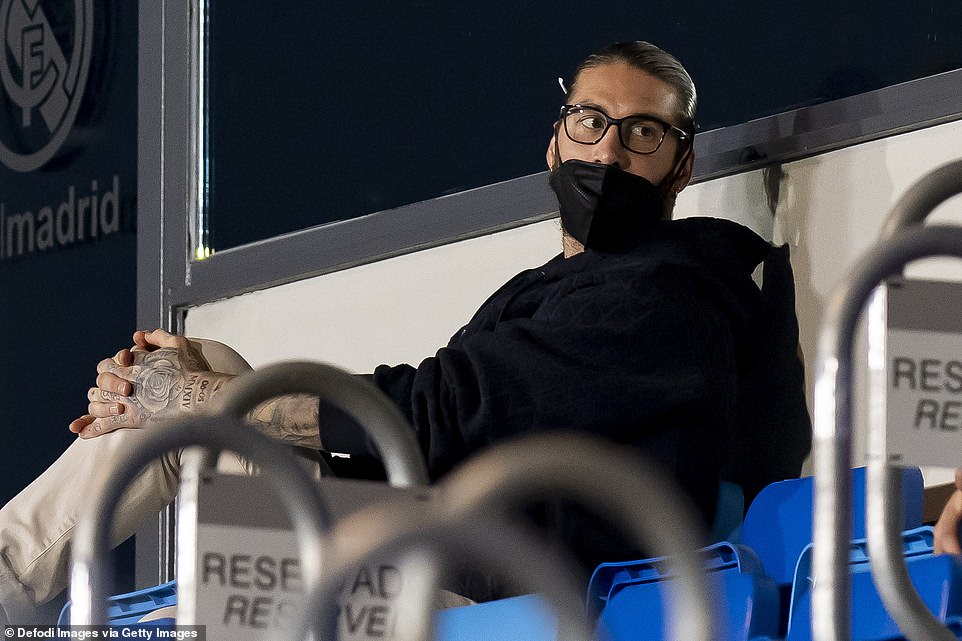